An experimental project focused on exploring various character designs and art styles. One of these characters eventually became Chloe, while the rest gradually evolved over time and ended up on this website's homepage.

Beginning in 2018, I started expreimenting with very simple character designs. The goal was the ability to quickly iterate upon designs and not spend months on a single character. 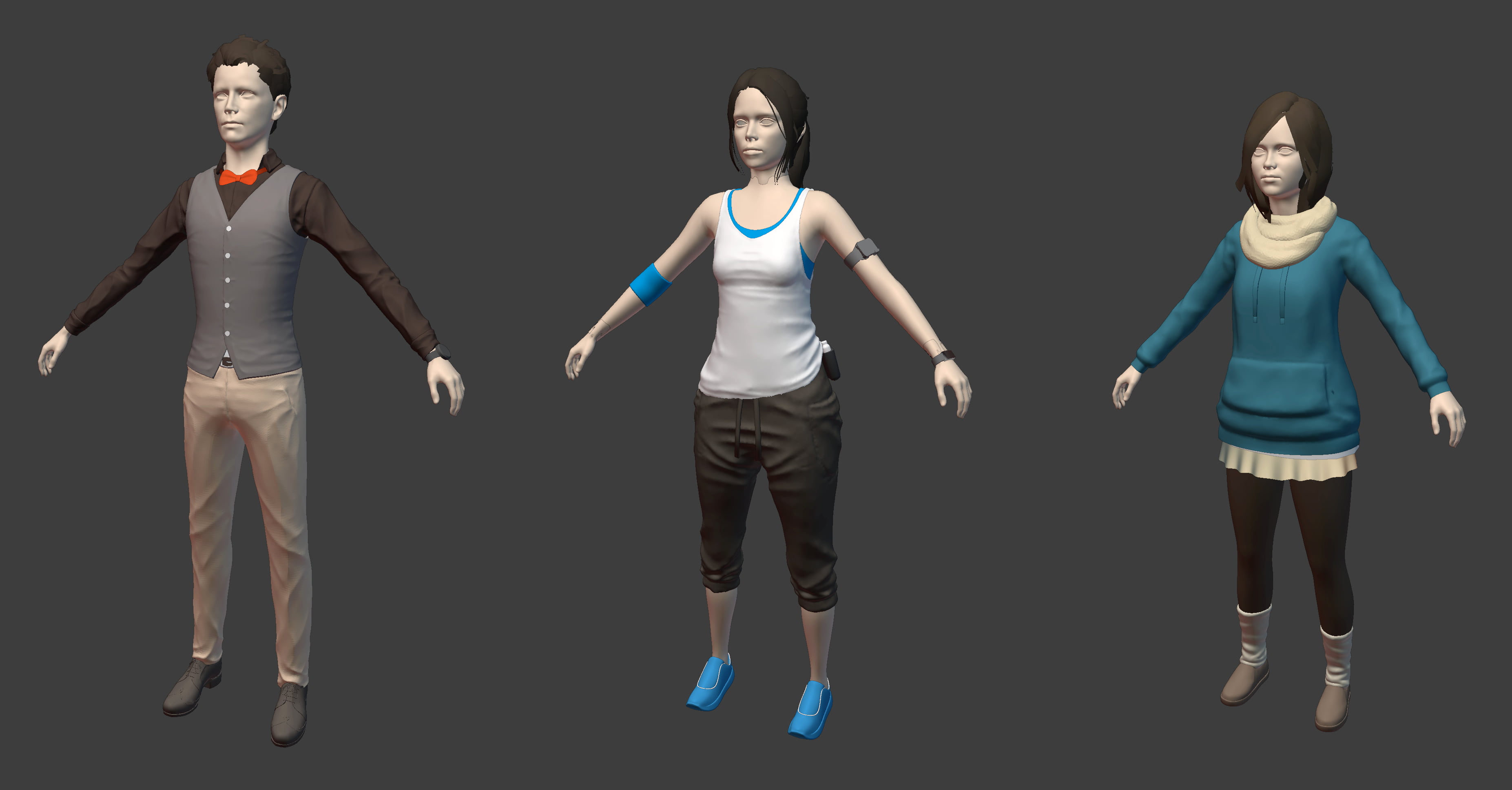 High poly renditions of few of the characters. This turned out to be too ambitious and an evolution away from the simple and cartoony direction I originally intended to take.

While working on a different project, I had to quickly come up with two low poly characters. Building upon what I learned in the previous attempts, this art style turned out to be quite appealing.

From there, I began reworking old designs, giving them personality through animation, distinct outfits and possessions.

Feel free to explore all the models up close on the desktop version of the homepage.